Historical buildings and temples in Turkey and their touristic importance 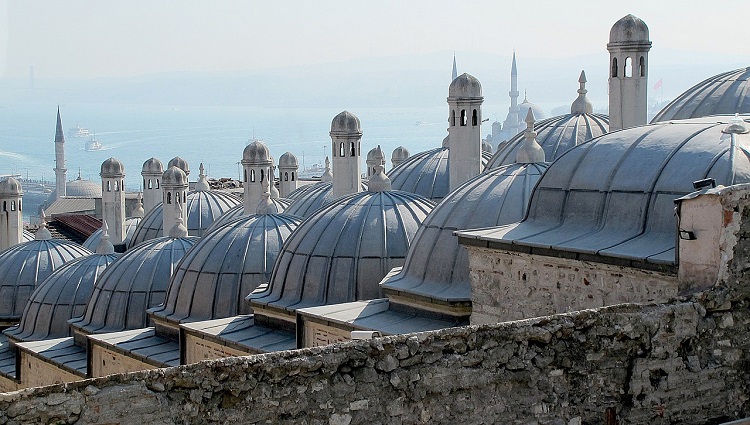 Turkey obtained a long history of civilizations over the years, established kingdoms and empires in it, which made it rich in an impressive architectural legacy of monuments and inscriptions. There is hardly a city in it without a museum that includes many antiques and rare artifacts, whereas the diversity of Religious cultures are among the most important result of this cultural diversity. It is no wonder that Turkey contains many historical temple monuments of different beliefs whose remains have been alive to this day to bear witness to the history of bygone civilizations and carry among their protrusions the secrets of civilizations and their rituals, these buildings have become today the largest. Attracting tourists and visitors who love history and archeology, learn about civilizations and learn about other peoples' cultures with our article below

The most important monuments in Turkey:

1. The Temple of Artemis

The temple was built in 550 BC, in the city of Ephesus, the greatest Greek city in Anatolia, which is now located in western Turkey. The drawings were subjected to several fires and attacks until it began to gradually disappear, until the British Museum allocated funding to excavate the ruins of the temple and it was found at a depth of 25 feet after 5 years from the beginning of the excavation, and it was built several times and then declared as one of the wonders of the world in The ancient world when it was finished.

According to archaeologists, the Gobekli Tepe Temple is the oldest known temple for 10,000 years and it is one of the most important and famous archaeological sites in the world, it attracts tourists from all over the world and includes four sections linked together by stone breaks to form circular structures this landmark fascinates visitors Every time.

3. The Temple of Aphrodisias Yas

This temple is located near the village of Giri, which is about 100 kilometers from the Aegean Sea, and is one of the best monuments in Turkey, it was named after the goddess of love Aphrodite, it was also included in the UNESCO World Heritage List in 2017, which increased the number of tourists who intend to visit this architectural structure as well as the archaeologists who visit it for historical and academic reasons.

It is one of the oldest Hindu temples near Istanbul that is an attraction for tourists who love to discover mysterious places.

It is located in Eden County despite the great destruction it has suffered, it is still wonderful and attracts tourists from all over the world, as it is one of the most wonderful places to visit due to its beautiful natural background and unique architecture that fascinates the beholder.

It is located in the European side of Istanbul as a historical building dedicated to worship, as it was established in the Byzantine era to be a cathedral for the Orthodox Christian Patriarchate and was known as the Church of Holy Wisdom, then it was transformed into a Roman Catholic cathedral, and turned into an Ottoman mosque after the conquest of Constantinople, then into a secular museum after The establishment of the Turkish Republic, it was recently announced that it would return a mosque on July 24, 2020, and the building is considered a cultural and architectural symbol and an icon of Byzantine civilization and the first model of a building that used a fully suspended dome

The largest palaces in Istanbul and the residence center of the Ottoman sultans for four centuries (1465 AD-1856 AD) although it is not one of of luxurious and elegant for which the palaces are known, today it attracts huge numbers of tourists, as it was used in the past for state occasions, It contains many Islamic holy relics and large collections of ceramics, clothing, weapons, armor, manuscripts and jewelry, it was classified by UNESCO as one of the most important historical monuments in Istanbul, it consists of four main courtyards, several buildings, kitchens, a hospital and a mosque, And it was used as a museum after the collapse of the Ottoman Empire.

One of the oldest Istanbul towers, its construction period dates back to the Middle Ages in Istanbul's Galata district, built at a height of 61 meters above sea level,it is a high cylindrical building with a conical roof that provides a panoramic view of the historical Istanbul peninsula, its height is 66.90 meters distributed over nine Floors, and the upper part of the tower was modified during the period of the Ottoman rule, as it was used as a control tower to detect fires.

It is a museum that includes many Islamic antiquities and monuments, as well as manuscripts, paintings and Qur’ans dating back to the Islamic period.

It is one of the oldest Turkish markets that tourists visit to buy souvenirs and antiques, its area is 47,600 square meters, it has 60 internal streets and 5,000 stores, it has 6 main doors, and it was built in 1455 AD in Istanbul shortly after the conquest of Constantinople and continued to be built until In 1461 AD it was expanded and it was restored for the last time in 1894 after an earthquake hit it.

The importance of antiquities and their impact on tourism

Turkey has become a destination for culture and tourism due to the tourist and historical sites it contains more than 30 tourist attractions in Istanbul alone, and in light of the government's interest in supporting tourism, the number of tourists visiting Turkey increased by about 21,156,680 tourists from 1998 to 2017, most of them from Russia ,Germany, Iran, the United Kingdom, Iraq, the Netherlands and many others ... The government continued to encourage tourism, but it was recently affected by the terrorist attacks on hotels, as some countries advised their citizens not to travel to Turkey, while other countries did not prevent travel and only warned citizens. From traveling to areas close to the border, however, the vast majority of Turkey, especially major cities, remain safe, and in the wake of the 2016 Turkish coup attempt on July 15, the US State Department banned US airlines from traveling to and from Turkey, and warned of threats of terrorism. Then the ban was canceled and flights resumed on July 18, and tourism and travel returned to prosperity in Turkey until it ranked eighth in the world with nearly 37.6 million tourists in 2017.