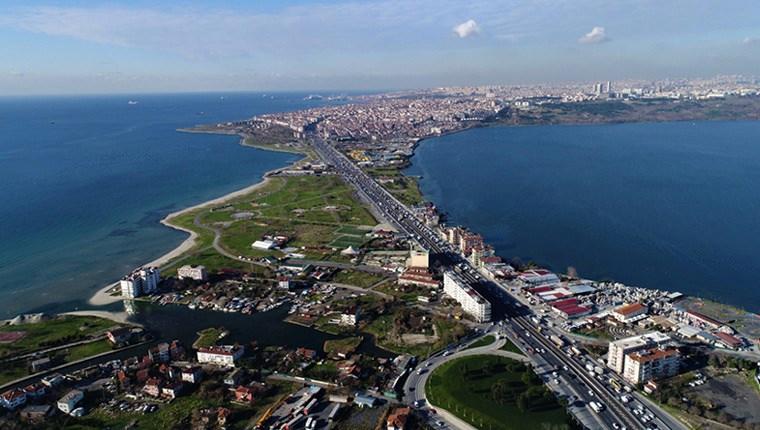 In 2011, the Turkish government announced its intention to create a group of "megaprojects" aimed at increasing the country's GDP to $ 2 trillion by the 100th anniversary of the proclamation of the republic, in 2023.

The projects include Istanbul's new airport, the first phase of which opened in April 2019, and is expected to serve 200 million passengers a year. It is scheduled to open completely in 2025, the second project is to extend a land road along the forests on the Black Sea coast, to the new airport, with the aim of bringing goods from Europe and Asia.

But the largest and most controversial project is the "Istanbul Canal", which the government has stated will begin implementation soon.

The idea of ​​the canal was not a conducted at the new stage in Turkey, the idea had been proposed since the sixteenth century, but no serious implementation step began, until it was raised again in 2009 and economic feasibility studies began, until the government officially announced its intention to open an industrial canal on the black sea.

Istanbul Canal: it's a waterway parallel to the Bosphorus, 30 km from it, extending in the west of the country, the Black Sea Link in the north with Marmara Sea in the south, 45 km long and 25 meters deep. It is about 400 meters in width, and at one point it reaches up to one kilometer.

The Turkish Minister of Transport also stated his country's intention to build several bridges within the canal.

It is clear that this project will change a lot, as the price of the lands surrounding it has increased in price per square meter where in some areas reached 800 dollars, and it will also change the face of transportation in Turkey as it will reduce the pressure on the Bosphorus Canal, which is one of the busiest water crossings with density as the highest on a global level, as in 2017 alone, 53,000 civilian and military ships passed through the strait, compared to 17,000 ships that passed through Suez and 12,000 passed through the Panama Canal.

Turkish government has decided that the canal project will bring in profit of $ 8 billion annually , in exchange for the fees it will charge from ships as they cross the canal, since the canal is not subject to the Montreux Convention, which provides for freedom of navigation in the Black Sea, this agreement dates back to 1936, Turkey, the former Soviet Union, Britain, Greece, Romania, Japan, Australia, France, Bulgaria and Yugoslavia have ratified it.

The agreement allows freedom of passage and presence within the Black Sea for ships belonging to the countries bordering it, it also allows for the rest of the ships of other countries outside the Black Sea basin for a period of three weeks.

when Turkey was held directly responsible for the passage of foreign ships, it has repeatedly expressed its desire to impose more stringent measures on transit traffic that enable it to control the movement of ships, especially the oil tanker, as it poses a threat to the environment, the passage of warships has always been the cause of disputes between Turkey and the countries that signed the agreement for fear of turning the Black Sea Basin into a military zone, as the agreement allows only small ships to cross, some fear that the Istanbul Canal will open the door to the presence of American warships in the Black Sea.

Despite the government's statements that the canal will reduce the navigational burden on the Bosphorus, and reduce waste that may harm the surrounding archaeological areas, the Turkish opposition believes that the canal will isolate the archaeological area from Istanbul and turn it into an island as it will produce a number of changes that threaten the ecosystem. About the canal, while the plans indicate that the excavation operations will remove 2.5 billion cubic meters of soil that the government intends to use in building artificial islands in Marmara Sea, the opponents feared that the drilling operations would disturb the soil cohesion on both sides of the channel and damage the groundwater storage, which could lead to collapse and increase in the risk of earthquakes, removing trees from the forests at the sea coast to dig a canal will reduce oxygen levels in the water and increase salinity, which affects the balance of marine life and fills the air of Istanbul with the smell of mold.

The population of Istanbul is expected to increase by about 1.2 million as a result of investments around the canal, this contradicts the government's plans to keep the city’s population at 16 million.
Experts estimated the cost of achieving the goals of the 2023 economic vision set by the government and the investments attached to it, at about $ 700 to build infrastructure and $ 400 billion for installations, which raises the opposition’s fear that the huge cost of the project will constitute a burden on the economy, which Turkish citizens will bear in the absence of clear plans for how to finance The project, however, the government is mitigating these concerns and promising that this project will create thousands of new jobs for individuals.

Reducing navigation traffic on the Bosphorus by diverting ship traffic from the strait to the new channel.
Reducing the environmental risks to which the Bosphorus strait is exposed due to the passage of tankers that threaten marine life in the strait and the surrounding areas.
in addition to increasing the security of maritime navigation of the Turkish straits, and marine traffic.

The importance of Istanbul Canal

In the first phase of construction in 2013, the Turkish prime minister announced at the time that the project would cost about $ 10 billion for construction, and he also emphasized the state’s keenness to finance the project and provide all construction funds from the state’s treasury and its resources without seeking any external financing.

the Turkish army was given the largest role in supervising the construction.

From an economic point of view, we cannot deny that the project had a significant and clear impact in encouraging internal and external investment, as some began to invest in the European side of Istanbul, which witnessed a great economic boom after the canal project that attracted the attention of real estate investors to it, which resulted in some positive results. Such as the increase in the value of real estate on the European side of the city and the increase in the value of investments significantly, as the economic value of the region increased and profits increased more than before.

In light of the above, we find that it is one of the most important benefits of the Istanbul Water Canal are